We spend a lot of time telling you when and how often to brush, as well as ways you can do it better. But we also ask ourselves and our staff the same question: How can we do our part better?

Anyone who grew up in the last century will remember what it used to be like — more frequent fillings, bigger x-ray machines, and noisier equipment. Not to mention those fluoride treatments that consisted of holding trays of goo in your mouth for hours. Okay, maybe more like 5 minutes, but it felt like forever.

Modern dentistry is progressing as fast as the rest of our society. While the basic principles remain the same, Drs. Meyer & Johns and our whole team of hygienists go out of their way to incorporate the latest techniques and technology into your treatment.

One of the greatest modern advances was the emergence of ceramic materials in dental work. From replacing the amalgam and metal fillings used for more than 100 years to the construction more-durable crowns and tooth replacements, these new composite materials do everything better. Recent progress includes refinements made to these materials, as well as advances in the tools and techniques used to apply them.

The forecast for dental advances includes further refinement of our processes and materials. Imaging technology will continue to improve, allowing earlier identification of problems, and more closely matching repairs to the original tooth shape. Other tech developments on the horizon will center around the application of existing technology to dental processes and procedures, including:

So it may be a while before we print out a tooth crown in our offices. But we are constantly looking for ways to apply new technology for a better dental experience to you and your family. 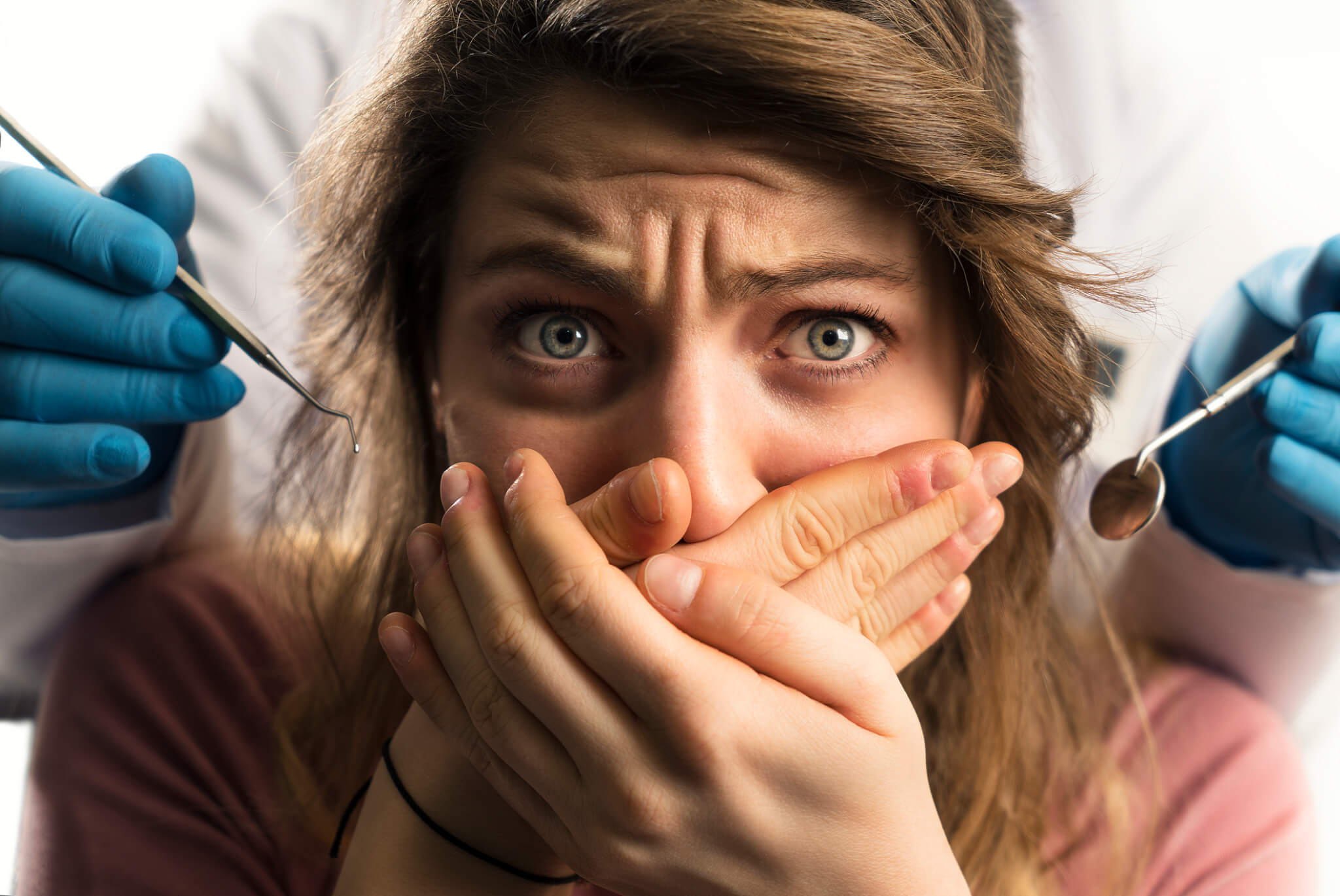 We’ve told you about Bruxism (teeth-grinding) and the broader effects of TMJ, but there’s another type of anxiety that can have unwanted impacts on your mouth. Dental fear or phobia is a very real condition. Between 10 to 15 percent of Americans experience some level of dental anxiety, according to an article on Colgate.com. In another study, one-third of adults who didn’t regularly see a dentist were skipping due to fear.

Fear is usually an irrational reaction that can be managed. But in the case of dental anxiety the consequences can be serious. Even those who brush and floss regularly may miss the early formation of cavities, which can lead to root canals if left untreated. Many of the periodontal diseases we’ve told you about have early warning signs that only our trained dentists and hygienists can spot. While they can be serious, these conditions are often easily prevented – but only if you know you have one (or more!) of them.

Recognizing that you have dental anxiety is fairly simple. Answering the following questions can help identify an unwarranted fear.

All of these situations are common for people who have some degree of dental anxiety. The first step is to talk to us about it. Whether on the phone, through a secure web message, or even in-person, we will do whatever it takes to make you confortable before you set an appointment. We have a variety of options for managing your fear, up to and including nitrous oxide and/or a mild sedative.

At Meyer & Johns Dental, we believe that your oral health is too important to ignore – whatever the reason. Connect with us today to start down the path of easing your dental anxiety, and getting back on track to a healthy mouth!

We know that we go on and on about tooth care… it’s kind of in our job description. But what if your kids’ brushing routines are on point, and they’re still getting cavities — even sometimes multiples during a single checkup? If you have taken the right dietary steps, and are 100% confident that they’re brushing properly and often, your kids’ cavities might not be entirely their fault.

Just like faces and bodies and personalities, each set of teeth is unique to its owner. We all have common tooth features, but sometimes the natural contours on teeth can cause problems. In some children and adults, the pits and fissures on the chewing surfaces of back teeth are especially deep or irregularly shaped. Food, plaque, and other cavity-causing substances gather in these nooks and crannies, thwarting even the most diligent brushing attempts.

Sealants to the Rescue

The good news is that there’s an option other than simply filling in the cavities as they occur. Around since the 1960’s, dental sealants have gained popularity in recent years for adding a protective layer to teeth and preventing decay. The treatment is simple, painless and performed in our offices. It consists of painting a thin plastic coating on chewing surfaces of the molars and pre-molars. The sealant is then hardened with ultraviolet light, much like modern fillings. According to the National Institute of Dental and Craniofacial Research, sealants are recommended for children between the ages of 6 -12, and the treatment can remain effective for up to 10 years. Even small cavities that existed before treatment will not spread, since the sealant cuts off the source of decay.

In recent years dental sealants have come into question for containing Bisphenol A (BPA). It is widely used in consumer packaging, as well as plastic water bottles, canned foods, pacifiers, cash register tape, and many other products. BPA is present in most U.S. residents, its effects on overall health have yet to be conclusively determined. And while dental sealants do contain traces of BPA, the levels are far lower than other common areas of exposure. In fact, according to the ADA, exposure from breathing normal everyday air is 100 times higher than standard dental sealants.

Even more good news – if Drs. Meyer or Johns determine it would reduce cavities, dental insurance is likely to cover the treatment cost. Along with a fluoride-based toothpaste and good brushing habits, sealants provide a One-Two punch that prevents nearly all tooth decay.

If you have a question about sealants for your child, ask us at their next appointment.

If you have a Flexible Spending Account (FSA) or a Health Savings Account (HSA), now is the time of year — Reimbursement Season! You’ve  begun tallying expenses, submitting receipts, and figuring out how much is left over (hopefully!) to spend before your funds expire.

Most FSA and HSA plans reimburse patients for any non-cosmetic medical treatment, as well as prescriptions and many over-the-counter medications. But what about dentistry? We’ve told you about the connection of oral wellness to overall health, but does it play out on paper? What dental expenses does your plan cover?

You should always review your plan details or check with your FSA/HSA administrator before incurring any health-related expenses, especially for dental care. Plans vary greatly on covered condition and the definitions around certain procedures. However, a basic rule of thumb is this: any routine procedure to treat or prevent dental disease should be covered. Any cosmetic or elective procedures (unless there is a serious underlying health issue) are not eligible for reimbursement. Here are some common dental services and their coverage:

Corrective Orthodontia — Check with your individual plan administrator.  Treatment may be eligible for FSA/HSA reimbursement if there is a health condition associated with the patient’s teeth misalignment. Some of the qualifying diagnoses include:

Our team at Meyer & Johns is ready to help you with any FSA/HSA-related questions you have — just give us a call or send a message.